Its the go home show to Wrestlemania. Matt and Kevin are in Studio B and are joined by Capital Wrestling’s very own Rock God Ronnie Burton. Ronnie has his guitar & is ready to rock. They get the chance to talk to CPO (Pierre Carl Ouellet) former WWF Tag Team Champion and they discuss Joey Janela’s Spring Break 2 and more. After that they get a chance to talk with WWE Hall of Fame member Nikolia Volkoff about his comic book series that captures the story of his life. Ronnie plays some wrestling themes for us on his guitar, and we talk about NXT, Impact Wrestling, Wrestlemania and so much more. Its a long show, but its worth the listen.

I like the concept of the top women in the division getting first round byes. While still essentially the same thing, the presentation differs from the men's eliminator tournament. It helps when you have two simultaneous tourneys going on. ~KJG

That was a a good match with a fun sequence of near falls, reversals, and near submissions. @annajay___ & @RealBrittBaker can wrestle every day, if you ask me. ~Kevin #AEWRampage
View on Twitter 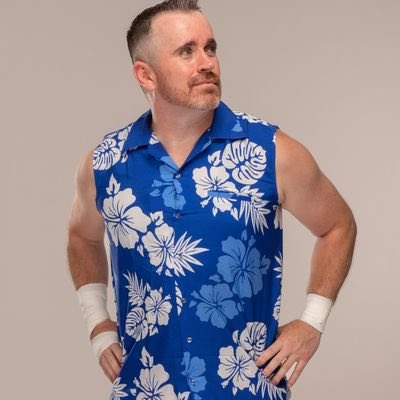 You should be watching this. Props to @Casshooole for rocking that Wizards Gear. Love & respect man. https://t.co/4mR1yKCUDB
View on Twitter
1
3