The boys are back in Studio A and they’re wreaking havoc and turning wrestling talk upside-down! Once again, Matt professes his love for Nia Jax and Tony says otherwise. Of course, conversation turns to Paige (lol) before the conversation moves to the Greatest Royal Rumble! Where does Titus O’Neil’s slide rank in the history of botches? What else happened to make the show botcheriffic? Kevin felt the need to revisit the 1992 Royal Rumble and once again argue that there was no way Tito Santana could’ve been World Champion. So Tony brings it back to 1988 and the World Title tournament from WrestleMania 4 and who could’ve been champion from that list. Matt desperately tries to take us back to the 1990s but gets sidetracked about Ahmed Johnson, and discussion turns to whether he was destined to be World Champion. As you can see, there’s a theme. But don’t fret! There’s also coverage of Backlash! Plus, Matt feels the need to attack the IWC, of course. It’s a great time.

Just a reminder, we are giving away a prize pack this week with a ton of cool stuff. This is just an example. How do you enter? It's easy. Just head to this account @wizardspodcast & RT The pinned tweet. Its our latest episode w/ @davidlagreca1 & #IceTrain Winner drawn Monday https://t.co/wZVHyxAwad
View on Twitter 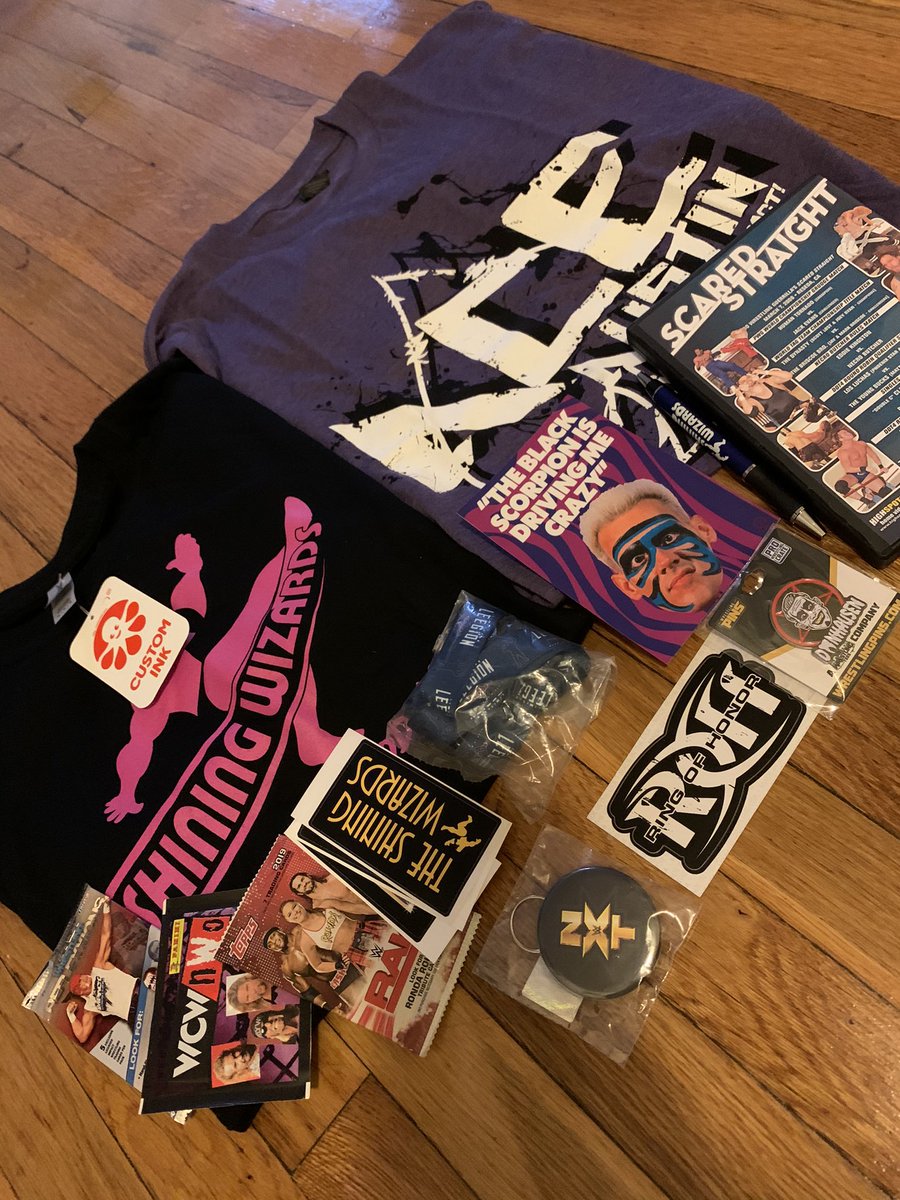