We are off and running this week with Busted Open’s Dave LaGreca. Fresh off his ass whipping at Mission Pro Wrestling courtesy of Thunder Rosa. The boys have some fun with Dave, but at the end of the day, Dave did an amazing job with this story, cut a killer promo, and took a beating like a champ. Plus Mission Pro Wrestling got a nice rub. Dave also busts on the boys.

After Dave goes off to watch Raw, for some ungodly reason, we are joined by WCW mainstay Ice Train. We talk for almost an hour about everything from WCW, Fire and Ice, names changes ,beating JBL’s ass over in Germany and so much more. This is a great interview with an awesome talent who many of you may remember from the WCW days.

After a commercial break the boys are back to talk AEW, Tony isn’t excited for Blood and Guts, Kevin is. A little bit in the to the WWE World, with the card shaping up for Wrestlemania Backlash, before we entertain the idea of MLW working with WWE/NXT. We talk about MLW Fusion, and try to figure out what aired on Vice this Saturday.

We head over to the world of Impact Wrestling to see what the 1st Impact with Kenny Omega as World Champion is like, we talk about the 6 way match at Under Siege, the arrival of ELP, and who we want to see face off against Kenny Omega at Slammiversary.

NWA Power is next up, Matt is annoyed at a segment or two. Overall Matt and Tony are down with NWA Power, and the next 30 days should be interesting, with Trevor Murdoch out, the tag team champs not on the same page, and the women’s division all over the place.

We hit on some news and notes from ROH to NJPW, AAA, Andrade, Triplemania, AJPW and Dark Side of the Ring. It’s a full show and a great listen

Man do you remember 1995 WCW when the Taskmaster shaved off @HulkHogan mustache & he became “dark” Hulkster wearing all black & the neck brace. Wild times. #WCW #MondayNitro
View on Twitter

We have a huge show on Monday
We are joined by @CatalKasey & @TheJaxDane To talk a variety of subjects from the #NWA to #Kasey calling out #DanMaff
You don’t wanna miss this show
Listen at https://t.co/B6JAQgGcOQ
Watch at https://t.co/PrPwyJgDfs
#AEW #WWE #ROH #NXT #NJPW https://t.co/Im0oQwAKGv
View on Twitter 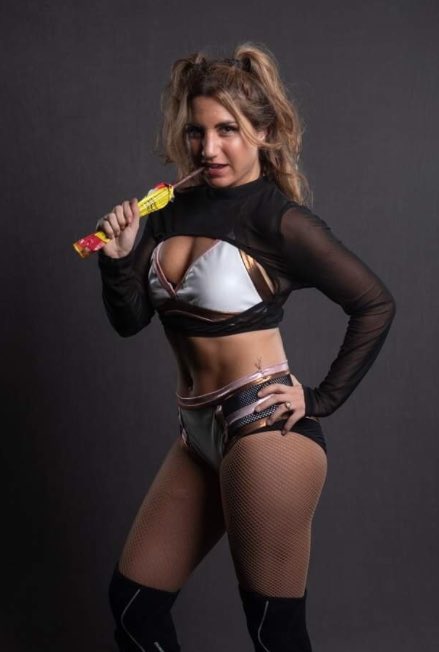