Tony rides solo against Matt’s wishes and desires. There’s some in-depth analysis of the decision in the case of Dr. Chris Amman vs. CM Punk and the current situation between MSG and WWE. Terrible news regarding Rockin’ Rebel and his wife, Brian Christopher arrested for trying to skip on his hotel bill, and Lio Rush gets the call to 205 Live. Bear Bronson, current CAP Champion, calls in to discuss his upcoming match at WrestlePro against Dan Maff and his title defense against Johnny Clash, as well as tons of other topics, including the great crop of new talent coming through CAP, the guys that are currently there, and more. Then the Abominable CPA joins Tony to talk about CAP’s Thy Kingdom Come show, where he and Kip Stevens defend the CAP Tag Titles against the Shook Crew. But the two talk about a myriad of other topics as well, including the Mets, Mr. Bungle and Faith No More, Columbia House Club, DiscMans and iPods, relationships, Tinder, and so much more. Tony also drops a great t-shirt idea in his lap. Plus as a special bonus we hear from Matt and Phil Raia. Enjoy!

Triple H's job is to sell NXT, so of course he's gonna say it has the best female wrestlers in the world.
Take a deep breath people, it's not that fucking serious.
Just enjoy wrestling, and stop with the narrative that it's a WAR, its not 1996 anymore
View on Twitter

Wanna win some cool wrestling stuff from us? It’s super easy. Just go to this account & RT our pinned tweet. Boom you’re entered & we draw a winner Monday. Plus it’s our latest episode with @AllanFunk5 & it’s MUST listen too. https://t.co/I0SLDDEUVN
View on Twitter 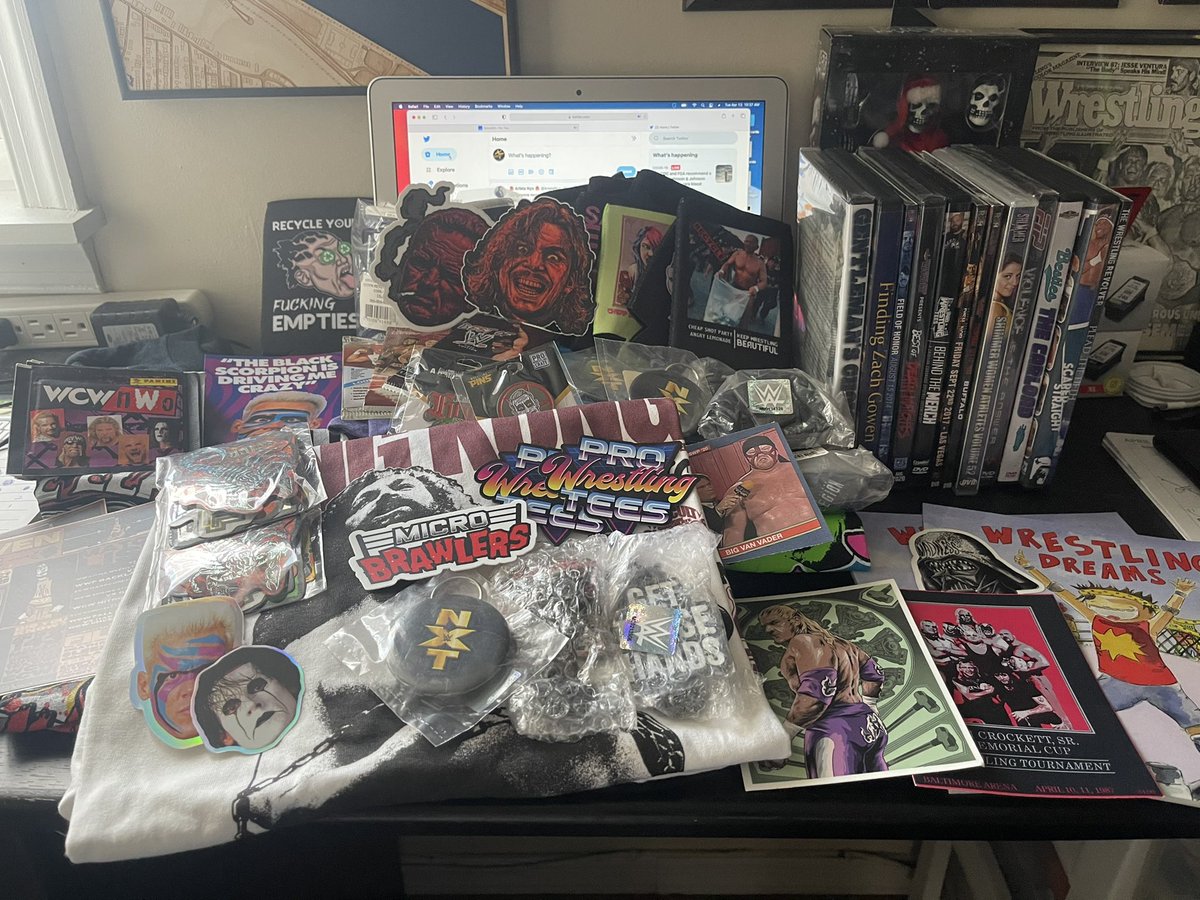 Hey if you're an #AEW fan
Please consider following our Network brothers @MarkOrderPod
And if you're on the Facebook, give them a follow
https://t.co/Mjv6uUlfKB

Great crew, fun show, and the perfect podcast to add to your weekly rotation
View on Twitter