One of the boys went perfect with the picks, they cover the show, The Miz cashing in and some NXT news and notes. Matt and Tony jump down the AEW rabbit hole, talking the Women’s Eliminator from Japan last week, AEW Dynamite and the announcement of the Exploding Barbed Wire Match.

After the break Kevin gives us the in’s and out’s of Impact Wrestling, Matt and Tony talk MLW Filthy Island, and the boys hit on some news & notes from NJPW, ROH and the Pro Wrestling Noah Muto match from last week.

Tombstone Jesus joins the boys and its Mountain Metal, Pro Wrestling, becoming a father, wrestling your son, Vince Russo and so much more. It’s a must listen to interview, and an amazing guest.

Buy a sick shirt & have an opportunity to win some of this!! No brainer https://t.co/hGkz3vHuBC
View on Twitter 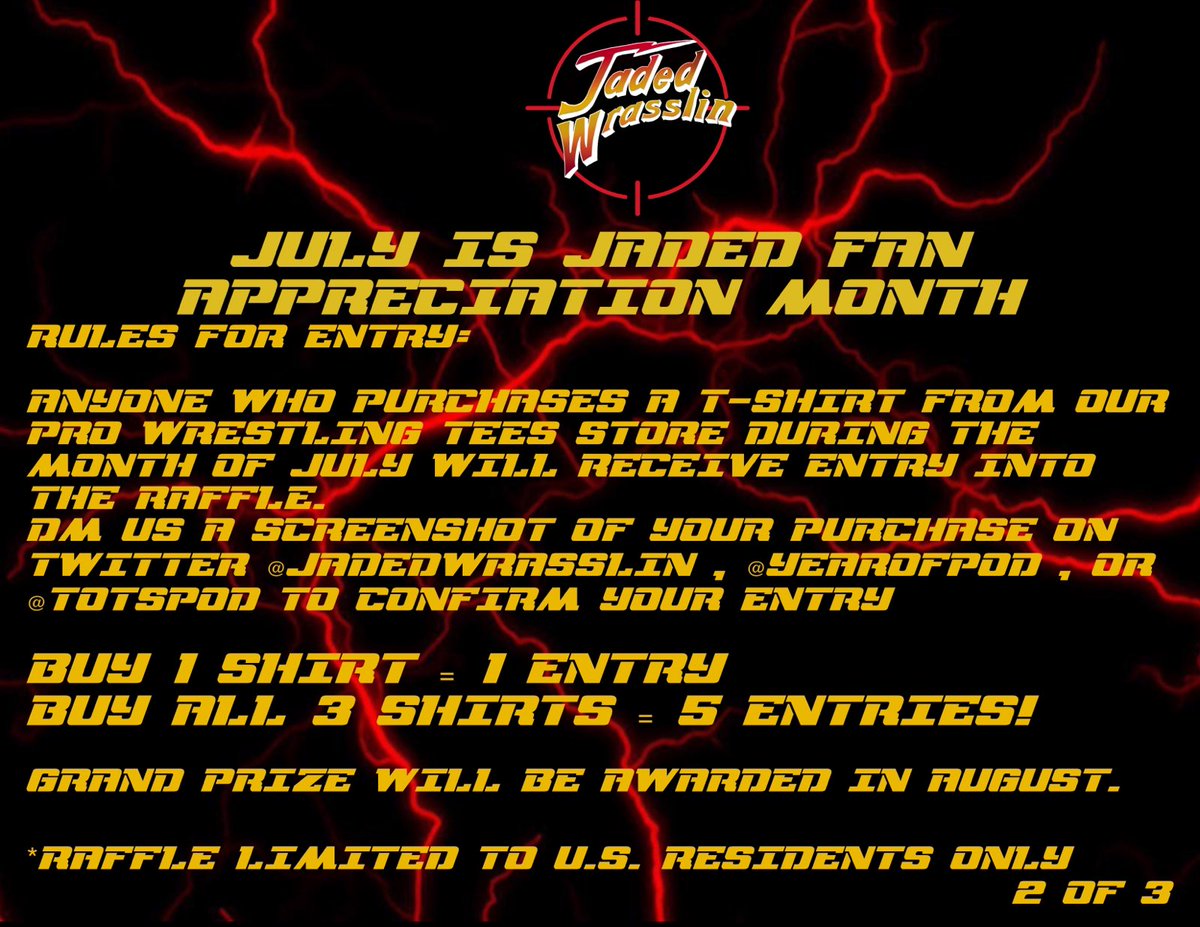 TheYearOfDuke&Rogue @YearOfPod
Still time left to enter. Head to https://t.co/UiXrrdbWL9 pick up a shirt and get your opportunity to win all you see & more. https://t.co/SlaZQmBvGk

This kids is a clown & I hope he gets whatever he is searching for in the wrestling podcast community. Blocked cause I left the group because he was bitching that I didn’t RT his shit quick enough. Dude. Grow up. I hope someone shows him this. https://t.co/13oGwwYmow
View on Twitter

Do you enjoy the podcast?
Do you want bonus content?
Check out our Patreon https://t.co/l1yXVdFGd3
4 Monthly Bonus Episodes, weekly shoutouts, and free plugs on every episode of the Weekly Show
Please RT, Share, and check it out
View on Twitter